First off, happy Spring Break for those of you reading under the age of twenty-two. For everyone else, happy Tuesday! (although that doesn’t seem as thrilling lol)

If you’re out there traveling or doing something exciting for break, kudos to you and I hope you’re having fun. I’m spending my super low-key break at home, catching up on responsibilities I have been neglecting (like internship and study abroad applications), but at least this time off from school will allow me more time than I usually have to write this post. But, with all this being said, let’s dive into today’s focus: “Day After Day” by Badfinger.

Badfinger and The Beatles

The tale of Badfinger is unfortunately a sad one.

Badfinger was a British rock band (surprise! More English bands!) that at its core consisted of Pete Ham (vocals), Mike Gibbins (drums), Tom Evans (bass), and Joey Molland (guitar). They originally started out as “The Iveys,” and were the first band to be signed to The Beatles’ Apple label in 1968. In 1969, they changed their group name to Badfinger, after a Lennon-McCartney working title for “With A Little Help from My Friends.” The Beatles worked with Badfinger pretty closely, with McCartney writing and giving songs to them and Harrison producing and playing on some of their tracks. Ham and Evans also played on Harrison’s solo album “All Things Must Pass.”

Harrison actually produced “Day After Day” and most of Straight Up, which was the album that it was on. The track was written by lead vocalist Pete Ham, and released in November of 1971.

Unsurprisingly, the track hit number four on the charts and remains one of the band’s best-known songs. I think part of what makes this song so iconic is the slide guitar solo, which was played by Harrison on the track. When I first heard the song, I honestly thought it was by Harrison because it simply has his ambience written all over it. The guitar, the melody… even the vocals all sounded influenced by him. Naturally, it made sense to find out that he produced the song and played on it as well. Molland spoke of what a solid contributor Harrison was in the studio when producing the band’s Straight Up album and “Day After Day“: “Y’know, the ideas he had were ideas that we liked, so it wasn’t difficult to get in line with him. He wasn’t afraid to pick up the guitar, George, and work on it himself, y’know — right with you, right there in the studio.“

This is not to undermine the brilliance of Pete Ham’s contribution, however. There would of course be no song without the lyrics, which Ham wrote so beautifully. I’ve read some ideas of what the song may be about, which is the birth/expectance of a child and the endless love and bond one has with their child. I think that the melody and tune of this song is so beautiful and captivating in itself that I don’t really feel as compelled to analyze the lyrics. I think it can just be about whatever the listener wants it to be about, and however the song makes the listener feel.

I touched upon earlier how much I love the slide guitar solo, but another part of this song that I absolutely LOVE is the piano part after the chorus and transitioning into the verses. Leon Russell was called in to play piano on the track, and it’s said that he just sat down, closed his eyes, and played the part in one take. I don’t know for a fact if that’s true, but I like to believe it is because of how heartfelt and genuine the part feels. It adds a touch to the song that really ties in well with the emotion and feeling of the track. To me, it’s the best part. Oh, I also love the background harmonies during the chorus as well. And the tone of Ham’s voice. I guess I just actually love it all. I also would be so down to hear McCartney cover this because I could totally hear him singing it. A girl can dream, right?

Now, earlier I stated that the story of Badfinger is a sad one. Even though they were largely successful, extremely talented, and well-liked, I think it’s because they had these qualities that they got taken advantage of. Like any new band, Badfinger were eager to write songs and make music and get their stuff out there. It’s a part of life to be naïve to the evils of the world, especially when you are new to something. In 1970, they signed a business contract with manager Stan Polley. Polley completely blindsided the band and ended up stealing almost every cent that the band was making from touring, recording, publishing and performing. After Polley had them sign over to Warner Bros Records, things spiraled even more downhill from there. There was debate, emotional turmoil, and of course the ever-looming instability of producing multiple hits and being held prisoner to their money. All these factors started to stress out the band, with Ham “quitting” and taking a three-week hiatus. Eventually, their album “Wish You Were Here” was prevented from being promoted and distributed because of the legal trap they were put in, which shut down Badfinger’s career.

Panic started to set in as their career was halted and the money that they rightfully made and deserved was being withheld from them. Ham had just bought a new house and his girlfriend was expecting a child, yet he found himself feeling completely empty. He had trusted Polley and didn’t want to believe that he had been ripping them off this whole time.

On April 24th, 1975, Ham hanged himself in his garage. He left behind a suicide note which read:

“I will not be allowed to love and trust everybody. This is better. P.S. Stan Polley is a soulless bastard. I will take him with me. –Pete”

Unfortunately, the tragedy does not end there. Almost ten years later, Badfinger’s bass player, Tom Evans, also hanged himself. Ham’s suicide ran a huge toll on Evans as well as the Polley nightmare.

When I listen to “Day After Day,” I can’t help but feel a little bittersweet. It’s a super beautiful song, and I can’t help feeling sad about the outcome of the band. I wish they could’ve had more time and opportunities to produce and distribute their wonderful music. Unfortunately, especially in the entertainment industry, there are always going to be selfish, greedy, immoral people who will do anything for money. But, the amazing part about music is that it lives on forever, even if the artists can’t.

Sorry to end on a sadder note, but definitely listen to the song now if you haven’t heard it already! It’s a great one for cruisin’ down the streets, taking a walk, or doing whatever it is that you do. Be sure to leave a comment if you have anything to say/add or message me your thoughts!

Check out the song here: https://www.youtube.com/watch?v=XonFZjuyc6E

Enjoy the rest of your break! I’ll leave you with some pictures of the band:) 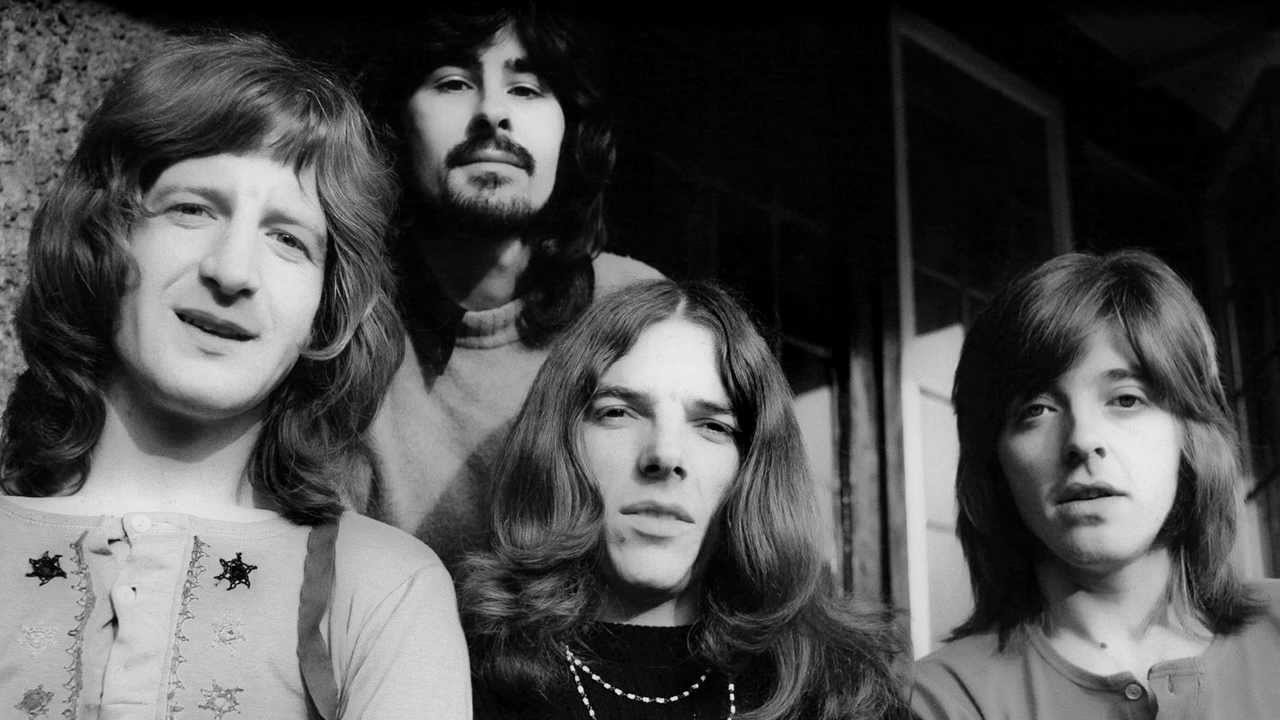 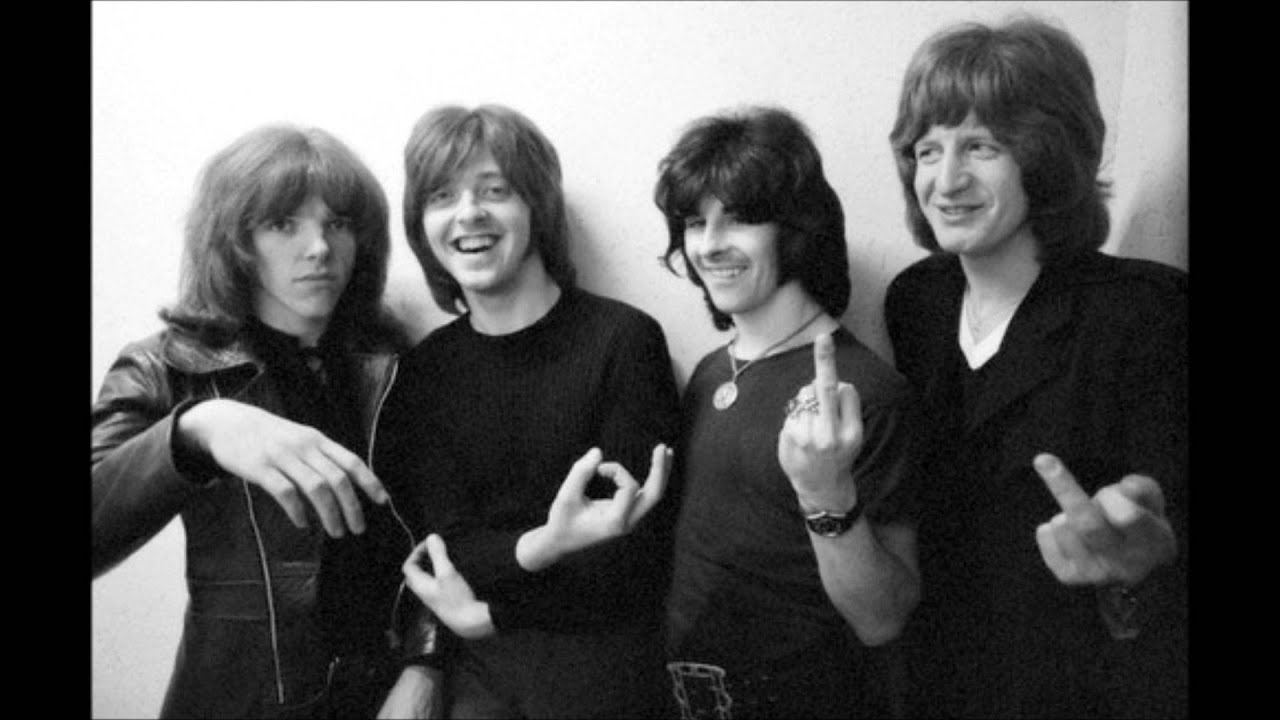 PS-Happy one month anniversary to this blog!!!! Interested to see how many more there will be to come:)