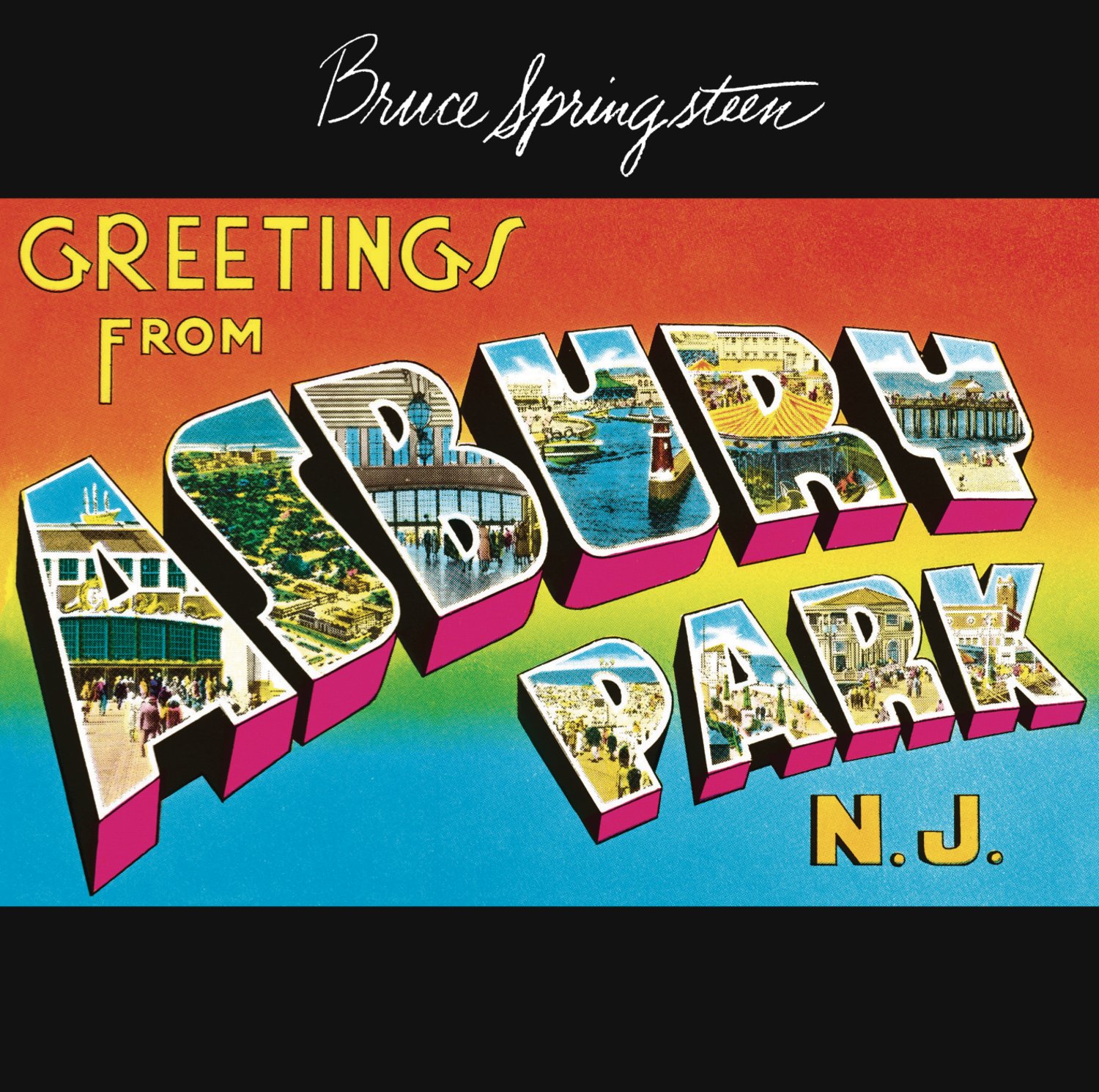 “Well, my feet they finally took root in the earth, but I got me a nice little place in the stars”

Hello avid fans (JK I have 5 subscribers lol) and Happy Tuesday!! Admittedly, I skipped a week of posting, but in my defense, that was the week I got back to school after Spring Break and there was a lot I had to do and catch up on and also, I haven’t missed a week yet so I figured it would be fine because I’m already a lot more dedicated to this blog than I thought I would be, so YAY for self-acceptance and realizing I’m just a good ole’ human who can’t always do it all, ya know? And sorry for the run-on sentence I had too many thoughts:)

Today I want to talk about “Growin’ Up” by Bruce Springsteen, AKA “The Boss.”

Bruce is my Dad’s favorite (so thank you Dad for introducing me to Bruce’s music because I know you’re reading this lol), so throughout my childhood I always heard his songs playing in the living room or in the car on a Saturday morning. I definitely knew more Bruce songs than the average child probably did at the time, but I’m thankful for it.

There are many Bruce songs I could pick to write and talk about, but “Growin’ Up” seems to be the most relevant for me right now. As a college kid, I’m constantly faced with obstacles and situations that force me to grow as a person. I have learned so much about myself in the three years I’ve been in college so far, and I still have a lot of learning and growing to do. I believe people are constantly learning things about themselves and changing and I don’t think that ever really stops. Change really doesn’t have to be a bad thing, it’s necessary for our growth, and I feel like this year especially I have really learned this. It’s definitely a little uneasy to look back and see how fast time has been going by, but when I think of how many things I have learned and achieved, I can’t seem to complain. Anyway, although this is a blog about music and I’m talking about my life, I feel like that can’t be avoided. The reason why I love music so much is because it’s the hand that guides me through life, so I can’t really talk about music without delving into my own life and emotions sometimes, too. But I do believe it is time to move on to learning about the song lol.

Bruce and his Youth

“Growin’ Up” is the second track on Bruce’s 1973 debut album: Greetings from Asbury Park, N.J. Bruce was a Jersey kid, and most of his early lyrics were inspired by growing up with ordinary life in Jersey beach towns, such as Asbury Park. This album was just the beginning for Bruce and his success, and although this track could get lost in the sea of popular hits that he has recorded, I think there is something so genuine and vulnerable about the lyrics, making it a stand-out to me.

When Bruce would perform this song live on tour, he would often extend the version to tell a story about his youth and childhood. In one version from 1985 (which I will link at the end of this post because it’s super enchanting), he tells the story of when he met Clarence Clemons, his Saxophone player in the E-Street Band. Although Bruce’s stories may be exaggerated or just simply inspired by the truth, he is still quite the compelling story-teller and makes you believe in the feeling of the story. He told of how when he was in high-school, his grades were down and he couldn’t feel any hope for his future. He went down to Asbury Park to jump into the water, but when he turned his head, he saw Clarence appear. They told each other about their problems, and went to see a gypsy for advice. She told them they were about to go on a long journey, and that they would find all the answers they needed on that journey. I don’t believe the story about the storms and the broken car and the bears in the forest, but I do believe those were a metaphor for the obstacles he was going through in his life, and how he and Clarence overcame them. At the end of this “journey,” the clouds parted from the moon, and they found their hope. They paired up together and became music magic.

I think the world fell in love with Bruce not only because his music was amazing, but because he was an inspiring person with insane energy on stage and brought something completely new to performing. He was compelling because he was just a normal guy from New Jersey underneath all the fame, and he managed to stay genuine to himself throughout everything. He had a magic to him as a performer, writer, singer and story-teller. Music critic Jon Landau wrote, after seeing him perform live:

“I saw rock and roll future, and its name is Bruce Springsteen. And on a night when I needed to feel young, he made me feel like I was hearing music for the very first time.”

I feel like that’s a pretty incredible feeling to give someone, and not everyone has that type of magic.

I think what I like about these lyrics is the sense of rebellion Bruce had as an adolescent. Every verse ends with him defying the odds or doing the opposite of what he was told, showing his confidence in himself and the person he was. I believe going against the grain and the status-quo is one of the best ways to learn about yourself and what you value. If you never question authority, than you live your whole life being told what to do instead of choosing what to do and what feels right for you.

“I hid in the clouded wrath of the crowd, but when they said, “Sit down, ” I stood up
Ooh…growin’ up”

The first time I really ever questioned “authority” was my Freshman year of college, and standing up for myself, staying true to my values and morals, and going against what everyone else had been brainwashed to believe was one of the most liberating and valuable experiences I’ve ever had.

I also love his lyrics about losing and being lost. Growing up is a lot of things. It’s confusion, hurt, happiness, clarity…a varied mix of emotions. It’s liberating but it’s also confinement.

“I took month-long vacations in the stratosphere, and you know it’s really hard to hold your breath
I swear I lost everything I ever loved or feared.”

This line talks of losing yourself, losing things you can’t control, and seemingly being checked out. But, once you lose something, it’s just lost. It’s not gone forever, you just can’t find it. And more than likely you will find it again, especially in the places you’d never think to look.

“And I swear I found the key to the universe in the engine of an old parked car.”

Mandatory links for you to watch!!

Lastly, I just want to talk about how Bruce is still performing today and being awesome and inspiring. I want to leave you with a few links that are mandatory for you to watch if you’ve read this whole post.

First, Bruce is notorious for calling up fans in the crowd to his stage during live shows, and when performing Growin’ Up in Brisbane last year, he called up a teenage boy who claimed he could play the song and wanted to play it with him. This boy ended up being super talented, and the way Bruce handled the situation was incredible. He let this boy share his stage, and he talked about when he was this boy’s age, he bought his first guitar. It’s a really super sweet, authentic moment and I come back to this video from time to time just to watch it and put a smile on my face. Watch it here: https://www.youtube.com/watch?v=1xY3q45EBt8

Second, Bowie has done a cover of this song and I think it’s so cool when legendary artists cover songs from other legendary artists, so check out his version here: https://www.youtube.com/watch?v=f2ym3J5iEcQ

Third, here is the link to the 1985 live version with the story about meeting Clarence Clemons that I talked about earlier: https://www.youtube.com/watch?v=czFaKvckahk  (It’s really really worth the 14 minutes and 22 seconds, I promise)

And lastly, here is the actual song!!! The 1973 recorded version from Greetings from Asbury Park, N.J.: https://www.youtube.com/watch?v=g3Cs-bZ2YX0

I hope this post inspired you to check out the song if you didn’t already know of it, and I’ll be back next week with another post woohoo!!

Here’s some pictures of Bruce and the E-Street Band to end the day post:)) 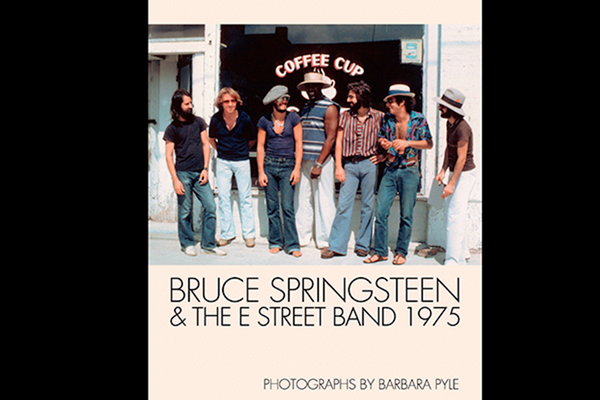