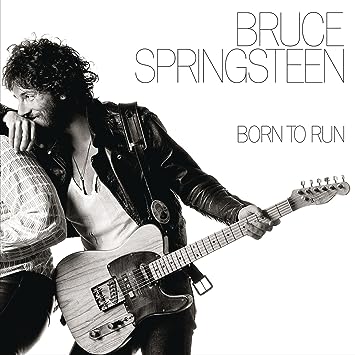 Well, hello blog! It’s been a long time with no post, almost a year actually. And while I could make every excuse under the sun (I was studying abroad in Italy, I moved back in to Geneseo, I’ve been trying to enjoy my last year of college), I figure it’s just best to keep with the simple one: I’ve been busy. And this is true, considering I have been consuming my time looking for and applying to jobs for when I graduate, taking classes, practicing with my band, doing A Cappella stuff, tour guiding and generally just trying to have fun and enjoy the time I have left at Geneseo. It was actually my career advisor who told me to not abandon this blog while I apply for jobs, because it could very well be an aspect of my resumé that will help me stand out in a crowd of applicants, considering I would love a job in radio, entertainment, music journalism, or anything of the sort. So yeah, if you’re an employer reading this, please hire me! (lol). But in actuality, I do miss this blog and the creativity it allows me and the feeling I get when I write and talk about music that I lovelovelove. So, what better way to start this back up then with the one and only Bruce Springsteen.

I’ve already done a Springsteen song and I try to have variety on here, but honestly, every one of his songs deserve a blogpost. So, you really can’t have too many. The one I wanted to talk about today was (obvious, from the title) “Thunder Road.” There’s two reasons why I picked this one for today.

Let’s Get Into It

“Thunder Road” is a song written by Bruce himself and performed by Bruce and The E-Street Band. It’s also the opening track to his 1975 album Born to Run. Born to Run was a breakthrough album for Bruce as it birthed multiple classic favorite hits such as “Born to Run,” “Tenth Avenue Freeze-Out,” “Backstreets,” and “Jungeland,” to name a few. It also was the start of Bruce’s new sound and experimental lyrics. He turned his songs into poetry, telling stories in each one. It was a talent that many artists looked up to and tried to emulate, such as Bob Seger and U2. Bruce started to make a name for himself now, luring his listeners in with his endearing lyrics of blue-collared workers, growing up in beachy, suburban Jersey towns, the broken American dream, and restless, teenage romance. It was all fascinating; raw and real. The heroes of his stories were those who never seemed to have a chance of making it out of their small, suffocating towns. But Bruce was accessible. To his listeners, he was one of them, making him a hero to many.

“Thunder Road” is a narrative piece addressed to Mary, a girl we can only assume is meant to represent every small-town girl who dreams of something bigger.

We are introduced to her right away, with the opening line:

“Screen door slams, Mary’s dress waves, like a vision she dances across the porch as the radio plays.”

See what I mean about his lyrics being poetry? Right away we have a vivid image of Mary in her flowy dress, making her way to our narrator’s car. And don’t worry, if you’re wondering what’s on the radio, it’s Roy Orbison’s “For the Lonely,” honing us in on the fact that these two characters are trying to find solace in each other’s company.

The way I see it, this song is about trying to outrun the time that is inevitably closing in on them; trying to outrun their fleeting youth. It’s about a “last chance” sort of effort, to get out of their small, trapped town and to “make it real.” As Bruce ends the song he sings:

“It’s a town full of losers and I’m pulling out of here to win.”

This line reflects how our narrator feels about the town, and the urge he feels to escape it and not be confined to it. To be honest, I kind of wanted to make that line my high-school year book quote, but you know, that’d be offensive and all (even though I would mean no offense by it, I just like that lyric and think it defines well the value of wanting to do something with your life and to make something of yourself.)

The song starts off right away with a beautiful mix of enchanting harmonica and piano. There’s something about the sound of a harmonica that just instantly makes me feel at peace. It’s so soothing. It kind of reminds you that everything will be okay. The song gradually builds around a minute and fifteen seconds in, adding in drums, bass and electric guitar. It then continues to build even more with enticing harmonies, Bruce’s iconic raspy belting, and of course, Clarence Clemons on saxophone; because what would a Bruce and E-Street Band song be without Clarence Clemons? The song then ends with a classic fade out.

The album-recorded version is amazing, however, one of my favorite versions of this song is Bruce’s live 1975 stripped down version at the Hammersmith Odeon. It’s stripped down to the bare bones of the song: harmonica, piano, and Bruce’s vocals. It’s a much more vulnerable version of the song, and that’s what I love about it. It feels like Bruce is right in front of you, telling the story as if it’s been passed down from generation to generation. You can really feel the emotion of the song; the sense of urgency for freedom and desperation for immortal youth. It’s almost a little eerie at the end, with the line:

“There were ghosts in the eyes of all the boys you sent away, they haunt these dusty beach roads in the skeleton frames of burned out Chevrolets, they scream your name at night in the streets, your graduation gown lies in rags at their feet.”

This line showcases the sense of moving on, growing up, and growing out. Mary’s graduation gown lying at the lost boys’ feet represents that Mary is graduating onto the next phase of her life, leaving behind a figment of her youth; the cars, the boys, the late nights driving. Our narrator is the one who finally is able to take her away, to give her a chance at getting out.

Of course, all of this is just one way of interpreting it, and how I see it may not be how you see it. We know it’s about youth, small-town life, blue-collared American Jersey kids…etc, but Mary can represent anyone or anything to you. It can represent regret or hope, success or failure. However you see it, you can’t deny it’s a masterpiece.

I will leave you guys with three links: the album-version, the Hammersmith Odeon live version that I just talked about, and a link to the short film “Thunder Road” that I mentioned in the beginning.

P.S: If you can figure out why the short film chose Thunder Road as the song his mother loved so much, please let me know. Obviously beside the fact that it’s an amazing song and it’s hard to not love. But the film chose it for a reason other than the obvious, and that’s what I am trying to figure out. I am trying to connect the main character to Bruce somehow. Any thoughts, let me know!

Enjoy the rest of your day and thank you for checking out my post! If you’re not already subscribed but you enjoy this type of content, click the “subscribe” button and type in your e-mail address (and the confirm your subscription!). You will get e-mailed every time I write a post, so you’ll never miss one! Woohoo!